Bonsai, the ancient Japanese art of growing miniature versions of large trees and bushes in small shallow pots, is enjoying unprecedented popularity among modern gardeners in the western world. While any tree or bush can be trained to be a bonsai, the following ten plants are among those you’re most likely to find for sale near you. Here’s what you need to know about each:

The vibrant seasonal colors of the azalea, a favorite of gardeners everywhere, is available in miniature in the azalea bonsai. Like its full-sized counterparts, an azalea bonsai should be fed with special azalea and rhododendron fertilizer during the growing season.

The Chinese elm, which can grow to 65 feet (20 meters) in the wild, is slow growing and thus forgiving to the beginner who wants to learn the art of training his or her own bonsai trees. This is a tree that can be grown outdoors year-round if provided winter protection.

The ficus tree is one of the most popular choices for gardeners new to bonsai, as it is hardy and will survive some under or overwatering. Like the Fukien tea, the ficus can thrive as an indoor plant, but it also enjoys spending summers in a lightly shaded spot outside.

The Fukien tea is an evergreen shrub originating from China. Unlike many bonsai trees, this plant can be kept indoors all year round, so it’s a great choice for apartment dwellers with no space to set plants outdoors.

The Hawaiian umbrella is a favorite among bonsai enthusiasts because its roots resemble a mangrove’s and are attractive growing over rocks in a bonsai pot. A native of subtropical regions, the Hawaiian umbrella should never be subject to temperatures below 59°F (15°C).

Another great choice for anyone new to growing bonsai trees or houseplants is the hardy jade plant, a succulent that can withstand neglect and still flourish.

There are around 60 species, both trees and shrubs, in the genus juniper, and many of these have been used for centuries as bonsai subjects. Juniper bonsai trees need to be outdoors, so they’re for those with balcony or deck space for the potted plant.

Through the ages, the pine tree has been a favorite of traditional Japanese bonsai artists. All the different types of pine bonsai trees should be grown outside and in conditions that, as closely as possible, mimic the native conditions for that particular pine variety.

The rosemary bush, which can be trained into an attractive bonsai tree, is easy to care for, needing only sunlight and well-drained soil to grow well. An added bonus: You can use clippings from this bonsai in your cooking and potpourri mixes.

Sweet plum is another plant native to subtropical regions and will not do well as an outdoor bonsai in regions with freezing winters. This plant also needs to be placed in a low light area of the house for six to eight weeks in the winter in order to rest and reset.

With bonsai trees available for purchase online and at garden centers everywhere it’s a great time to give them a try. If you’re looking for additional information on selecting and growing houseplants check out the latest articles on My Garden Life.

Related to this article... 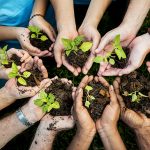 Become a member of the exclusive club and join the gardening elite!